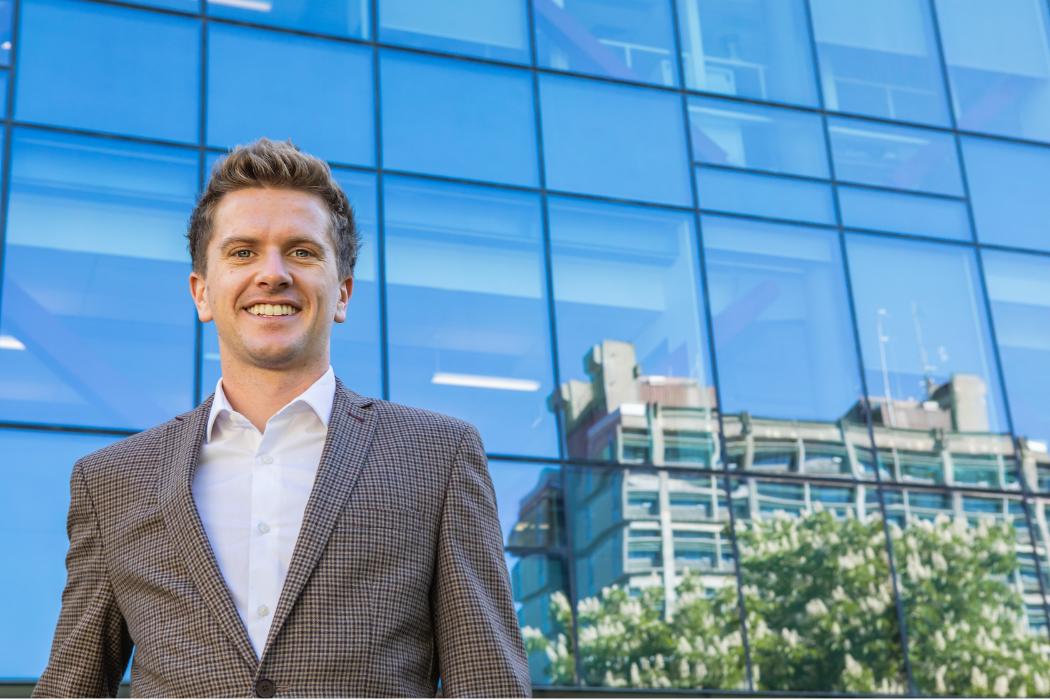 Wanting people to live healthier and happier lives is a big motivation for public health researcher Dr Matt Hobbs, who has been recognised for outstanding work in his field.

Dr Matt Hobbs, a Senior Lecturer in Public Health in the University of Canterbury (UC) Faculty of Health, has won a UC Early and Emerging Career Researcher Award.

Dr Hobbs, a Senior Lecturer in Public Health in the University of Canterbury (UC) Faculty of Health and Co-Director of the GeoHealth Laboratory, has won a UC Early and Emerging Career Researcher Award.

The award honours his work investigating public health inequities which affect some of Aotearoa New Zealand’s most vulnerable groups.

His research has covered how community water fluoridation can reduce preventable hospital admissions for children, the long-term health impacts of air pollution exposure, childhood and maternal immunisation, and how the environments young people grow up in can affect their mental health.

His interest in public health was sparked while he was working in the United Kingdom, where he grew up.

“I was involved in public health intervention with children and their families which aimed to improve their physical activity. I quickly realised that, although they were coming to these interventions, when they went back out into the real world, the environments around them weren’t helping them make healthy decisions. That’s where my interest in both changing the built environment to support health and health equity stems from.”

Dr Hobbs, a keen runner, surfer and tramper, has been working at UC for the last five years and says Aotearoa New Zealand is a great place to combine his interests in geography and public health.

He has become a nationally and internationally recognised expert in this area and is particularly well known for his work in medical geography – mapping public health issues by specific location down to the level of neighbourhoods.

“My research is applied,” he says. “Every project I do has to be something that leads to positive environmental or social change. It always has to have a real-world impact, although sometimes it can take a long time for our research findings to filter through into policy.”

One area where Dr Hobbs feels he has helped make a difference is around community water fluoridation.

Several of the research projects he led investigating the impact of community water fluoridation on children’s dental health were cited by a recent review conducted by the Office of the Prime Minister’s Chief Science Advisor.

That process eventually led to decision-making on community water fluoridation being shifted from local authorities to the Director-General of Health.

“Along with colleagues in the Faculty of Health, I feel that my research contributed to that evidence base that will now see more New Zealanders having fluoridated water, which will reduce oral health inequities and help prevent avoidable hospitalisations for children,” Dr Hobbs says.

“That’s an issue that we know affects Māori and Pacific communities more, and deprived areas more, so that was satisfying to see.”

Dr Hobbs says the Early and Emerging Career Researcher Award is recognition for the work of the team he works with, including postdoctoral and PhD students. He has also had great mentors in his career.

“I can’t name everyone, but I’ve had a lot of people that have helped me get to where I am today. They’ll know who they are, and I want to convey a big thank you to each of them.”

Dr Hobbs leads a programme of research that includes the supervision of six PhD students as well as a postdoctoral fellow and several postgraduate and undergraduate students. In addition to this award, Dr Hobbs has received seven previous research and teaching awards. He recently received the New Investigator in Public Health Award from the European Association for the Study of Obesity.

Over the past few years, he has gained $3 million in external funding across ten research projects. He is principal investigator on four of these projects and has published 63 papers in international peer-reviewed journals.